The first of a series of waterfront buildings that New York firm SHoP Architects is creating at the former Domino Sugar Factory in Williamsburg has opened, complete with feature elements of Swisspearl® fiber cement panels.

Named 325 Kent, the 16-storey residential block is situated between the Williamsburg Bridge and the factory's former refinery building – the only structure on the 11-acre site that escaped demolition. Its 522 residences are organised around a courtyard, creating a form that steps down from one end to the other. The tallest portion, facing the East River, has a large hole in the centre that is capped by a three-storey bridge containing the building's amenities.  Swisspearl® fiber cement panels were used at privacy dividers and echoed the building's copper and zinc facade. 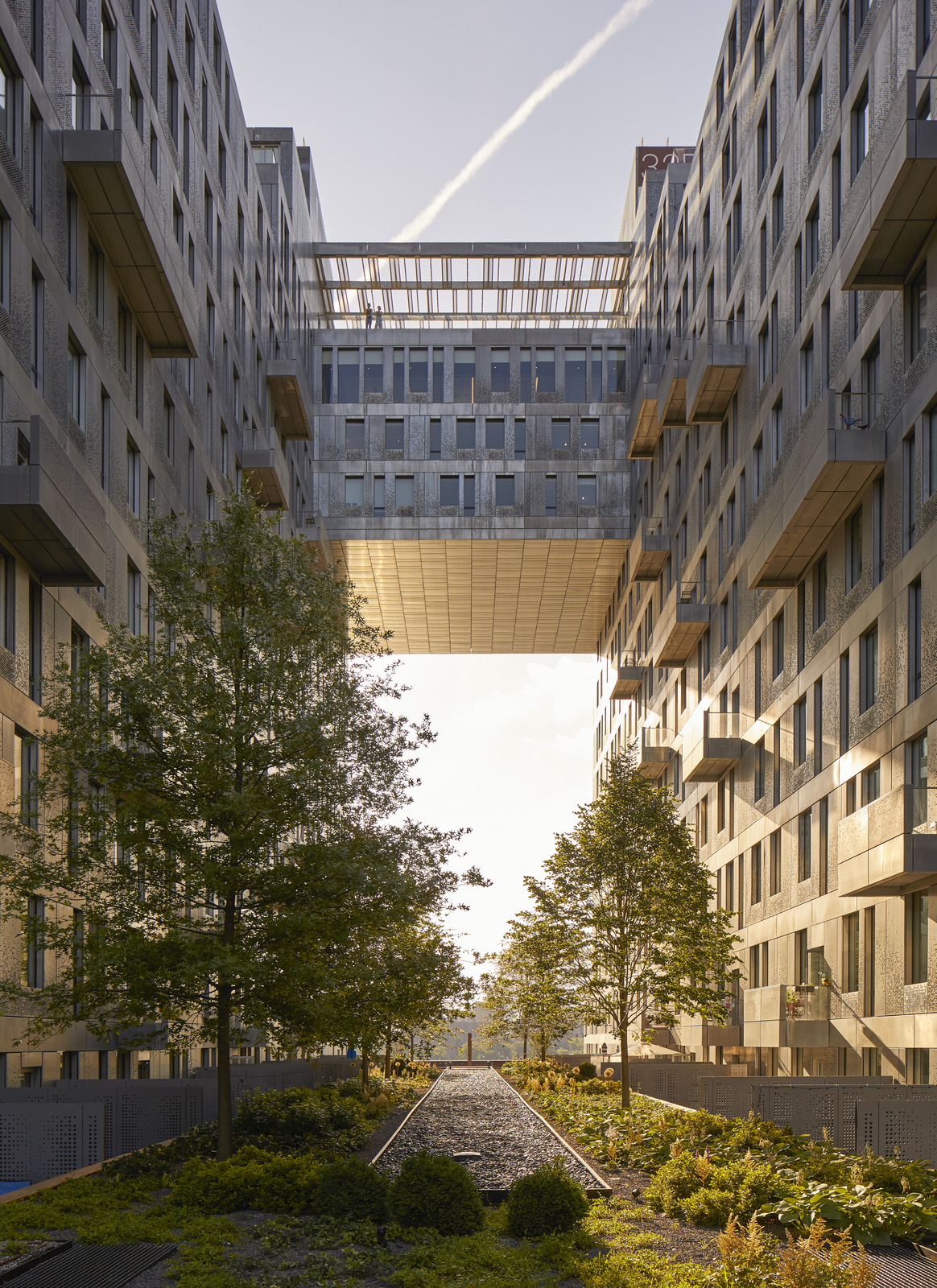 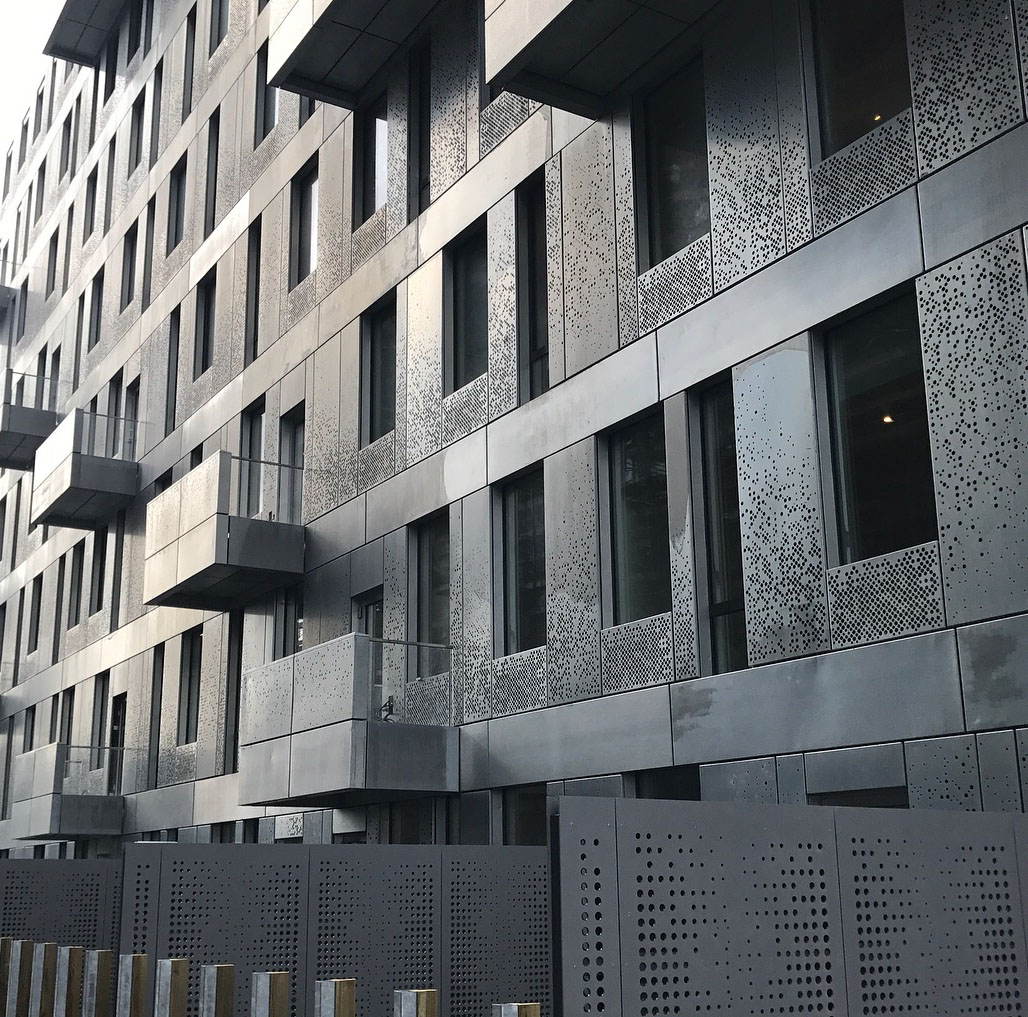 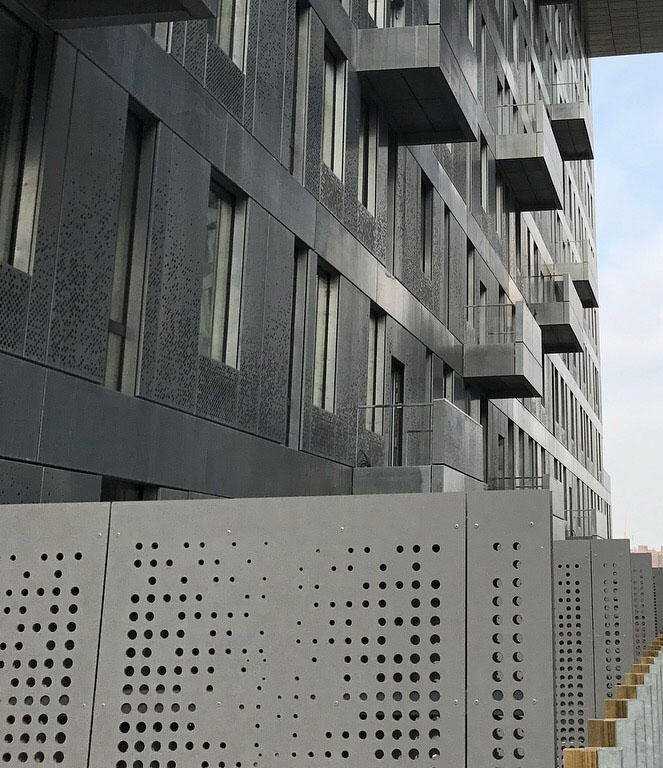 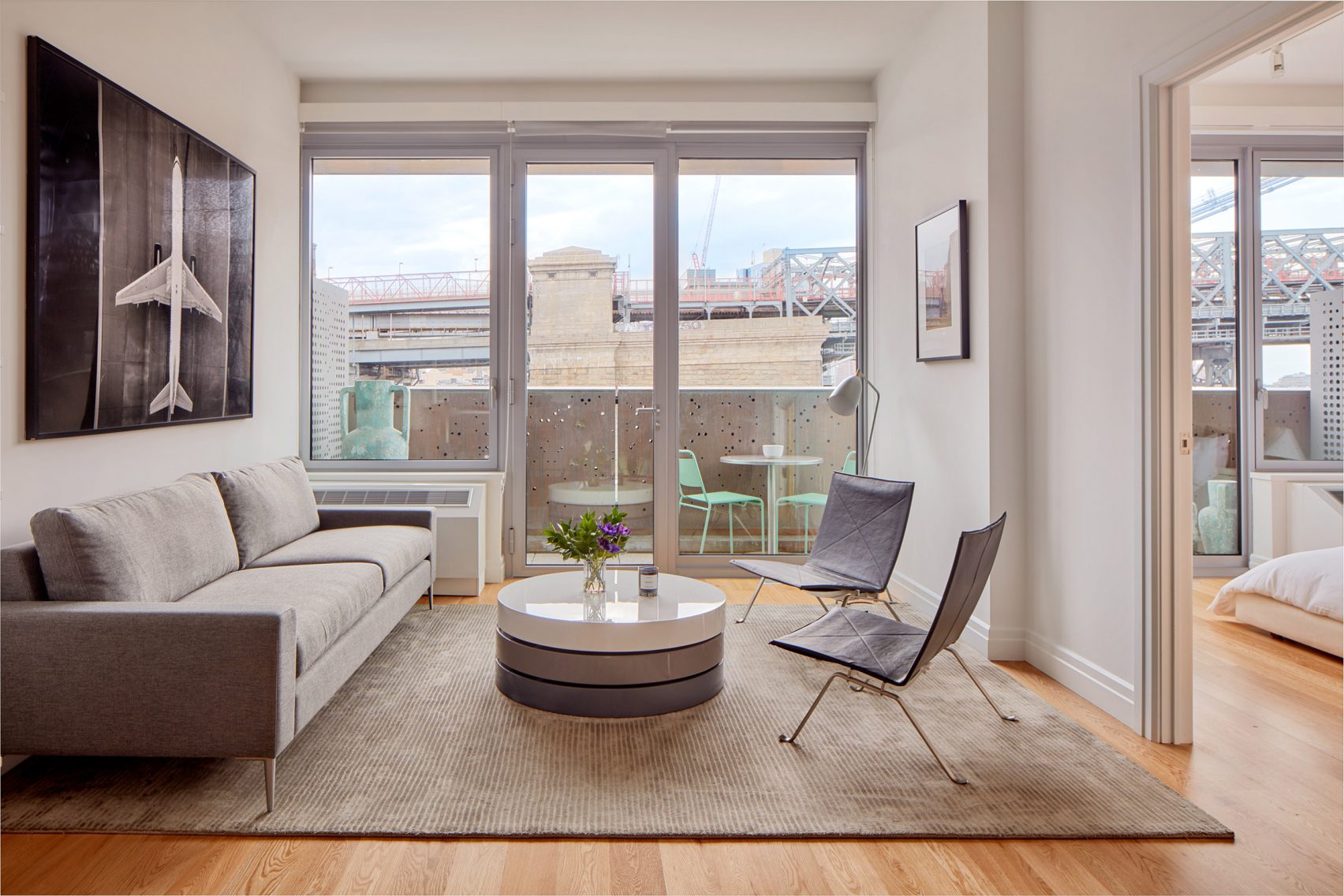